Woodland Cemetery is pleased to be the home of four historic Robert Parrott Cannons. Below is a brief history of the casting of those guns. 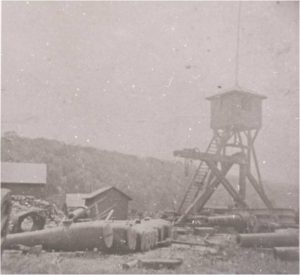 Yard crane to mount guns on carriages to fire across the Hudson River at the mountain where they place a target. 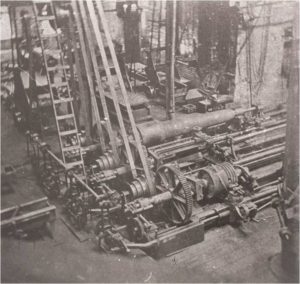 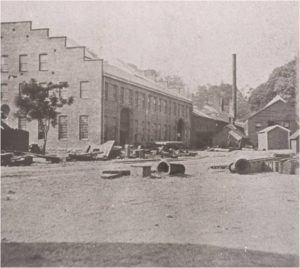 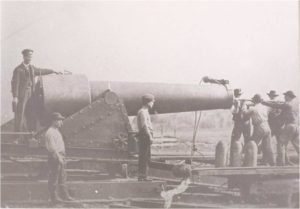 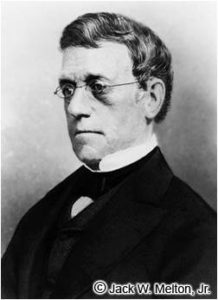 Robert P. Parrott is known to many Civil War artillery researchers and collectors for his inventions of the projectile and cannon which bear his name. He was assigned as an inspector of ordnance at the West Point Foundry at Cold Spring, New York. The foundry was a private firm and administered by civilians. Parrott, by this time a captain, resigned his rank and accepted the civilian position of superintendent of the foundry on, October 31, 1836. His accomplishments during his tenure included the perfection of a rifled cannon and its corresponding projectile (both named after him) patented in 1861, and the Parrott sight and fuze which were developed during the Civil War years. The fact that his foundry was used to manufacture his weapons is proved by the letters WPF (West Point Foundry) found on the Parrott gun tube, along with his initials RPP. Parrott’s cannons were distinguished by a single reinforcing band around the breech of the cast-iron tube. 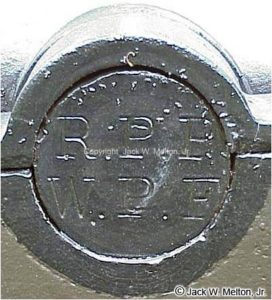 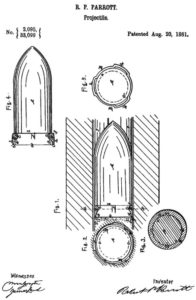 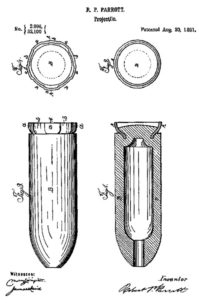 U.S. Army Cannon, 1861-1885
Some carryover from earlier mark locations will be found on cannon produced for Army Ordnance early in 1861. These pre-1861 mark locations were also frequently retained on cannon produced in small quantities or for various states. Most often, foundry identification, Registry number, year of manufacture, inspector’s initials, and weight are on the muzzle face. The foundry number is on the right rimbase, and “U.S.” is on top of the tube between the trunnions. 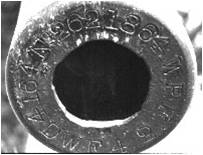 Restoring the Cemetery – Preserving the History